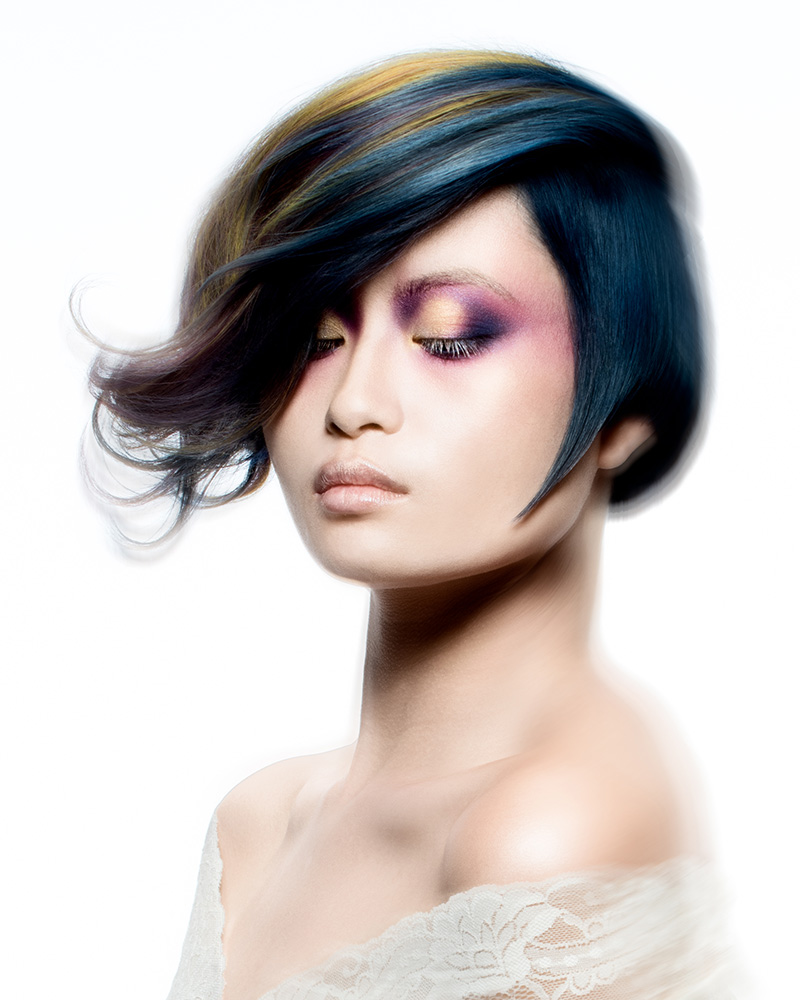 Ronnie won the 2017 Aveda Global Fashionista Award for her work inspired by her love and appreciation of Japanese hairdressing, combined with the notions of winter.

This fall, Aveda™ The Art and Science of Pure Flower and Plant Essences proudly announced North American Aveda Artist Ronnie Prince of Civello Salon in Chicago, Illinois, as the global winner of the 2017 Aveda Global Fashionista Competition, a photographic competition that showcases the creative talent of Aveda Artists from all over the world. Honoring the vast global network of Aveda Artists, the Fashionista Competition began in May 2017 when Aveda network salon employees (Lifestyle, Concept, Exclusive and Family) and Aveda Institute students age 18 or older were invited to submit their hair and makeup fashion predictions for Autumn/Winter 2017. To enter the competition Aveda Artists create and photograph a look using only Aveda products and Aveda-mission-aligned materials. Submissions are judged on the total look – including hair cut, hair color, hair style and makeup. This year, there were 24 country winners from three regions: North America, Europe/Middle East and Asia. These 24 country winners were invited to Aveda Headquarters in Minnesota for a celebration weekend during Aveda’s Global Education Summit “Inspire, Create, Change.” Here, during the weekend’s Aveda Beauty Jam held at the Minneapolis Convention center, three regional winners were named in front of the audience. From those three, the 2017 Aveda Global Fashionista was named

“Winter carries qualities that personify softness and gentleness like falling snow, but it also has harsh and jarring elements such as piercing cold,” Ronnie says. “I wanted to depict these factors through the style, hair color and makeup.”