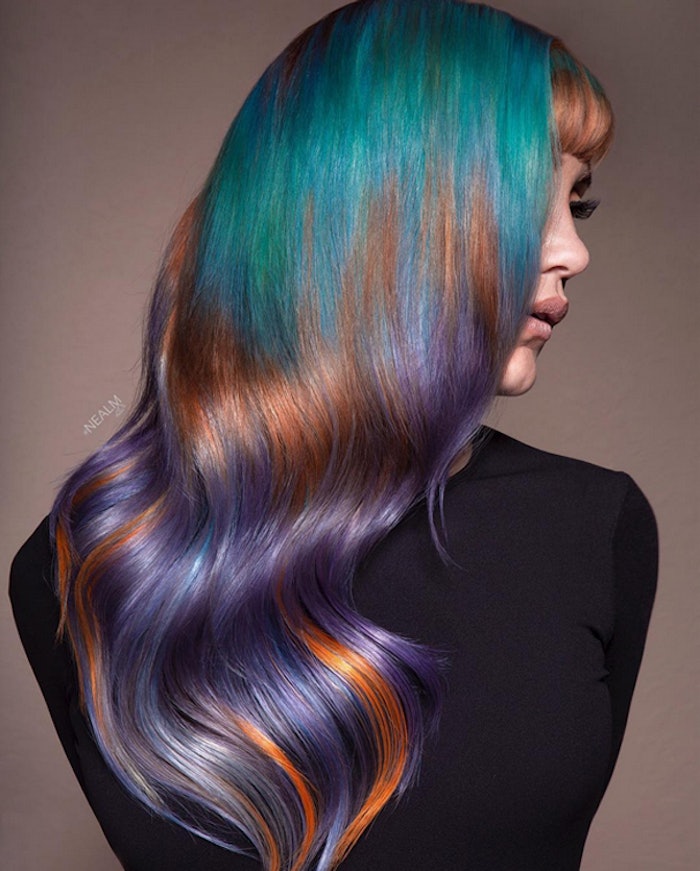 Neal Malek, known on Instagram as @nealmhair, created a "Colors of the Wind" Pocahontas-inspired look, earning him the 1st Grand Prize package, worth $20,000. According to PRAVANA, "The placement and fluidity between ChromaSilk and VIVIDS is an unexpected and brilliant translation of the inspiration. Placing what would typically be opposing tones that beautifully blend from one to the other is incredibly impressive!"

See the other winners' looks, below!