When Dark Roots Are In: The Supermodel Edition 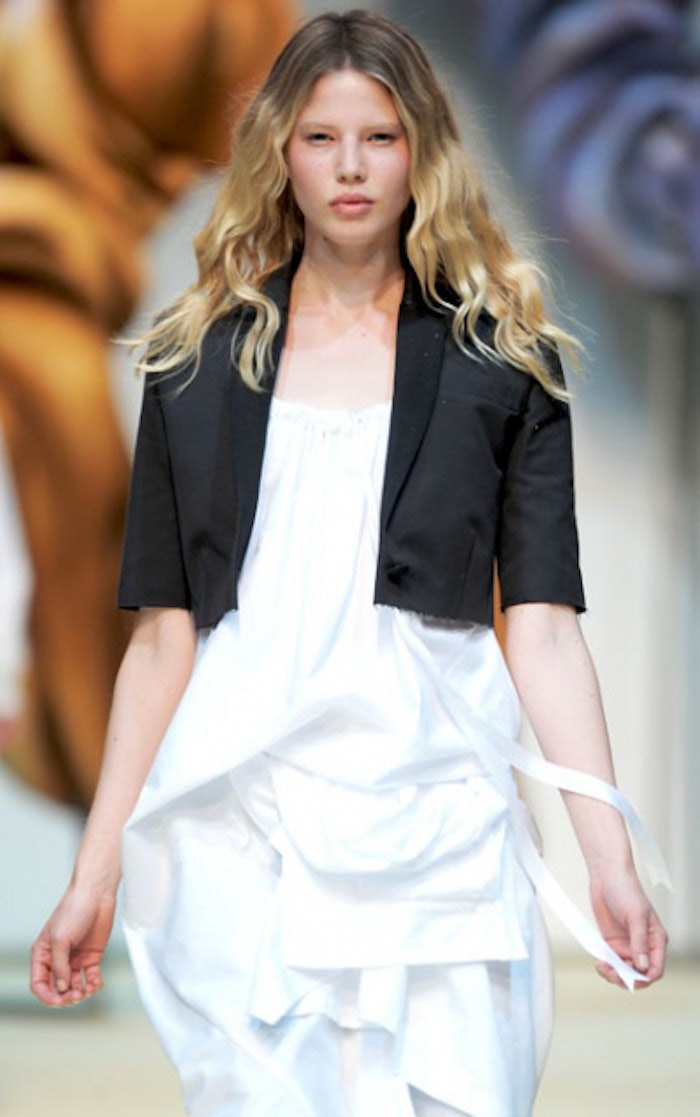 I'm just gonna say it: Some form of rootage always has a place in colorists' hearts (even if they dare not admit it). Darker roots, whether they be practically to the shoulder a la the current runway trend of what I like to call "duo-tone" (where deep browns suddenly shift to blonde at the midlength to ends) or Madonna's inch-long, high-contrast black root against her peroxide blonde in the '80s, aren't for everyone, but they certainly make a statement (oftentimes, that the wearer is lazy or low on funds, but sometimes that they're "chic"...funny how that happens, ay?).

In the current issue of Love magazine, the new fashion tome by super-stylist Katie Grand, Donatella Versace shares her distaste of the current pool of models—she wants the catwalks to be trolled by the supermodels of yore: Linda Evangelista, Kate Moss, Kristen McMenamy & Co. Why? Personality! Chutzpah! Egos! Boobs! Catfights! She shared this juicy catfight, which gives the term the "root of all evil" a new meaning:

Roots! See, colorists: Even supermodels covet some roots!
Are you feeling the new "duo-tone" rooty look?
Latest in Karie's Blog

How to Boost Productivity Behind the Chair