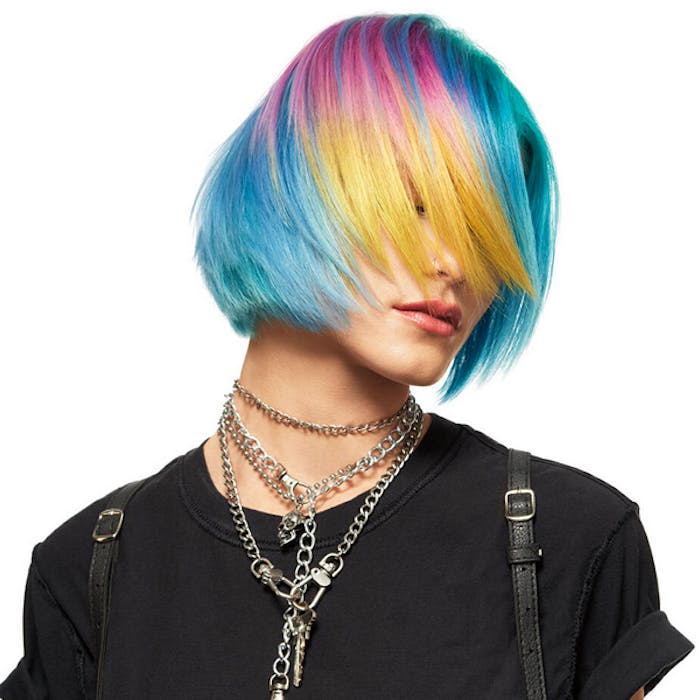 Recently, the artistic, and leading hairstylist Rickey “HairGod” Zito partnered with Matrix to release 4 new hair color shades in the SOCOLOR CULT line that embrace his expanding imagination. These new shades reflect Zito’s artistic vision, rebellious nature, and colorful upbringing as it has inspired his styling journey. Each shade; Ruby Red, Bambino Blue, Fruit Punch and Sea Monster (which can all be seen on Matrix’s model, Lilyana Blue) showcase this expressive side of Zito. 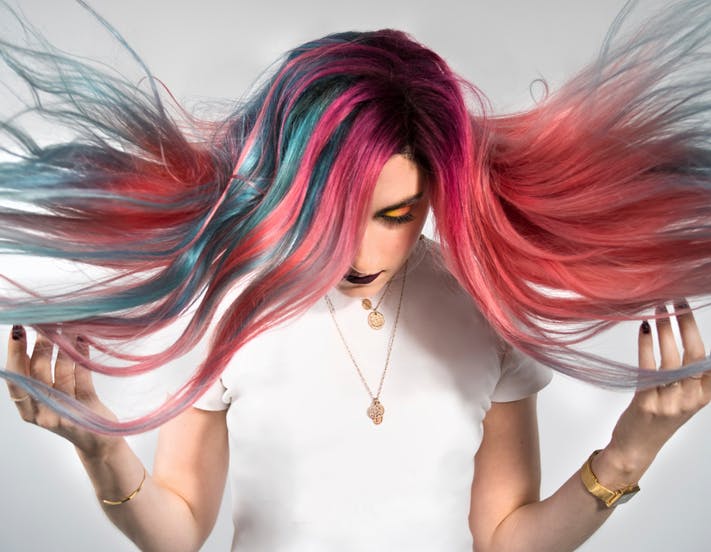 The Rickey “Hairgod” Zito X Cult collaboration features the four previously mentioned colors, coming far from when Zito first joined Matrix as a brand ambassador in 2018 with the Cult collection making a debut in semi-permanent, demi-permanent and permanent technologies. “I initially got into the brighter colors as a form of rebellion,” says Zito. “But then I focused all my time and energy on trying to make vivids look expensive. When SOCOLOR Cult came around it made my job easy!” Since the beginning, Zito has been collaborating with Matrix to create vivid, trend-setting looks whether it’s at celebrity events, or on instagram where he has amassed a following of over 500 thousand. All things considered, this next step is a natural evolution that deepens this partnership and show cases how Matrix puts the connection to all artists first.

“I was so eager to collaborate with Cult because of the performance of the product. The creaminess is perfect, the saturation is spot on,” says Zito. “I like to consider myself a mad scientist at times so it was amazing to meet with the SOCOLOR research and development team. They were very educated; they really know their colors and how to formulate and it was an amazing feeling to see the shades I envisioned come out so perfectly – from the lab to the shelf!" 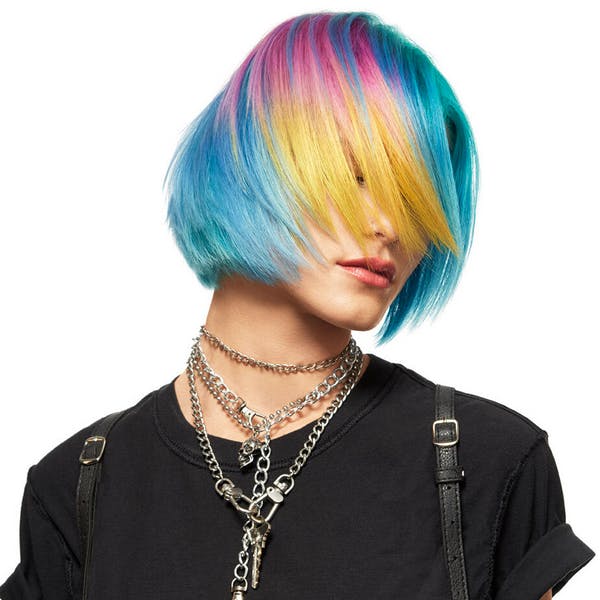 Rickey Zito Inspiration – “I knew we needed a beautiful pink, because pink is the most important color. It’s compatible with every other shade.”

Rickey Zito Inspiration – “Inspired by the brackish blue/green water in the area where I’m from. It practically glows! And I’ve always wanted to create that color!”

Product Description – A blue-green that creates an easy canvas for mixing.

Rickey Zito Inspiration – “There’s nothing like that unique maroon burgundy in the sky when the sun crests at sunset.”

Rickey Zito Inspiration – “The ultimate base color for anything you’re trying to create with a blue metallic sheen.”

Product Description – A powdery blue with a softened mistiness and haze. This blue has a grey undertone that promotes mixtures and cocktails with almost any shade.

The four shades created by SOCOLOR CULT, and “Hairgod” Zito are now out, and available at salon-centric shelves, and online stores.