He may be the founder of Surface Hair, but Wayne Grund is still a small-town Canadian boy at heart. —Francesca Moisin 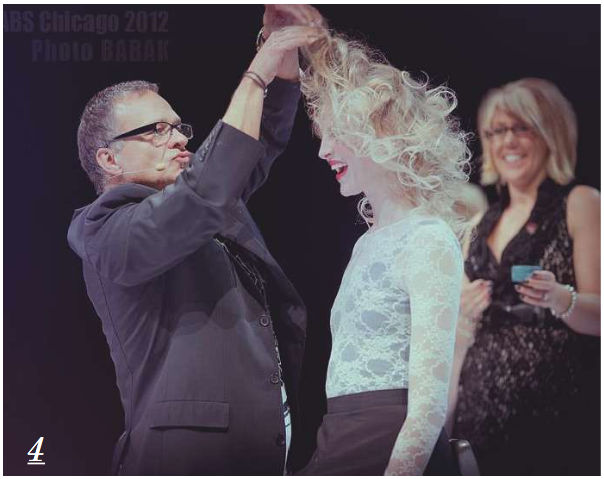 I grew up in Watson, a rural town in the western-central Canadian province of Saskatchewan. My grandfather, dad and uncle were barbers, and two of my aunts were hairdressers. When I was 7-years-old, my job was to sweep up hair and clean my dad’s barbershop (Johnny’s Barbershop). After I turned 13, I started barbering alongside my father. In the winter, my friends and I played hockey; in summer, we fished and camped. It was an idyllic childhood, and there was never doubt about the career path I’d follow. After graduating high school with 28 of my classmate-pals, I enrolled in cosmetology classes at Kelsey, a tech school in neighboring Saskatoon. I finished in 1977 and scored my first job at Jack’s Hair Shack. Tuesday nights were dedicated to ongoing training sessions, which everyone attended—it didn’t matter what else was happening, training came first. My father likewise encouraged me to continuously advance my career, so next I began entering competitions. When I was 19, I won the Canadian men’s cutting competition; then I took home top honors in the women’s competition one year later. My parents were both tremendous “people” people. Those they met were never strangers, but rather friends within moments. This instilled in me a simple yet essential formula for success: Stylists must sincerely connect with people and become involved in their communities.

3 Tips for Creating the Perfect Pixie