“Luis Alvarez has worked tirelessly to improve hair professionals’ lives through education,” notes President Lois Christie. “As anyone who’s ever attended an Intercoiffure event knows, you always leave the classroom better equipped for your career.”

The Leo Passage Educator of the Year Award is part of President Lois Christie’s drive to revitalize Intercoiffure’s commitment to education. In 2011, she introduced the Rising Star Competitions, in which the top cosmetology schools in North America sent their best students to ICA’s Spring Symposium to compete. The 2012 Competitions will be directed by Vivienne Mackinder and sponsored by BSG.

Alvarez was named one of the top 75 educators of the century, as well as one of the top 50 most influential hairdressers by Modern Salon magazine. He has also been honored by Intercoiffure Mondial and was appointed Knight of the Ordre de la Chevalerie. Currently, Alvarez serves as VP of Creative and Education for Aquage, the company he co-founded with Dennis Lubin in 1998.

Leo Passage, 1936 – 2011, founded Pivot Point International, Inc. in 1962. “The Pivot Point educational vision has had a tremendous impact on students and professionals around the world,” says ICA President Lois Christie. “They not only revolutionized the theory of hair design education, but also expanded its influence by establishing the largest educational chain in the cosmetology industry.”

Intercoiffure America/Canada recognized Pivot Point’s impact on the beauty industry in 2008 when the association awarded Leo and Robert Passage the coveted “Visionary of the Year” Award, in recognition of their revolutionary approach to hair design education and commitment to elevating the cosmetology industry through lifelong learning. 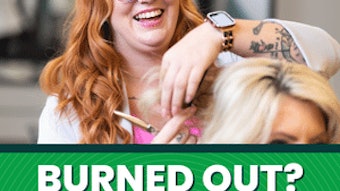