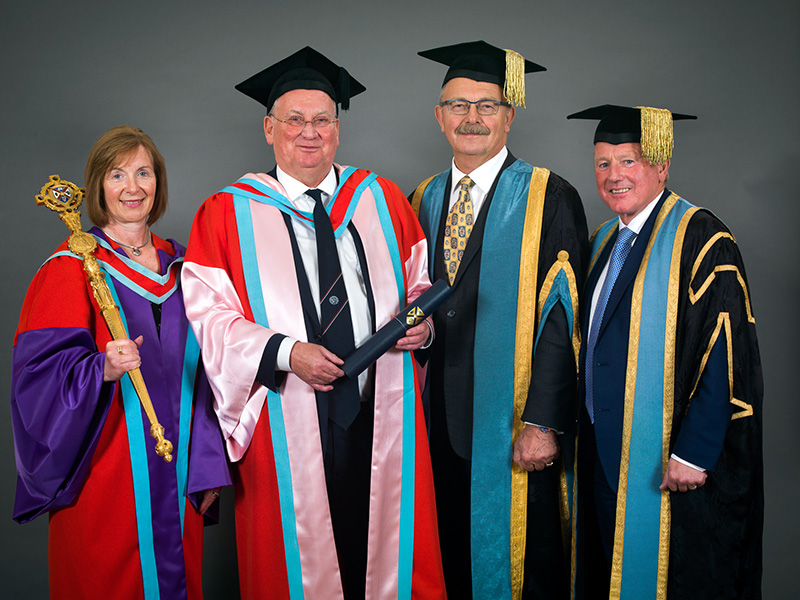 In 2014, John was awarded an MBE for outstanding contribution to economic development in Northern Ireland.

Upon receiving the Doctorate, John said: “I am delighted to be receiving this honor from Queen’s. As a university with a global presence it still remains close to its roots, engaging with local communities, businesses and students.”

In his typical understated and modest way, John regards this honorary degree as a most unexpected award and is thrilled he is to be honored in this way.