When you think of garbage bags, used hair color tubes, old soda cans and bottle caps, the first thing that may come to mind is rubbish. At the Aveda Green Carpet Catwalk for Water Trashion Show in New York, however, this so-called junk made a splash down the runway. To kick off Earth Month and to raise money for Clean Ocean Action, Aveda selected local salons from New York and New Jersey and Aveda Institute students to create the looks, from the duds to the dos to the makeup.

Each team handmade their own ensembles out of recyclable materials, with many taking inspiration from the earth and the ocean.  Think: vibrant crimson mermaid-like locks paired with an organic cotton skirt that’s stitched with Aveda shopping bags to mimic scales; and blue and green sea-color tresses coupled with a top and skirt created from recycled newspapers. “[Our look] is a fighting female warrior who is protecting Mother Earth,” shares Alexis Tierney, co-owner of Blue Remedy salon in Mahopac, NY. “We’re doing a lot of braiding and crimping and we’re creating a Mohawk. The top [she will be wearing] is her shield, which is made out of the caps from Aveda recyclable hair color tubes.”

The winning salon team (education was the prize!), Scott J Salon in New York’s Upper West Side, looked to tribes for inspiration for their Mayan goddess. “We made the dress with recycled newspapers and corn husks and also wove the corn husks into the braids,” shares stylist Michael Lucero. “The globe shape represents fertility and accentuates the natural form of a woman while the bra is very geometric with red and yellow colors that carry over the Mayan culture.”

The student team winner also drew inspiration from tribes for their get-up which included bottle caps, Aveda color boxes and Aveda recycled packaging. “We wanted to stay true to the Aveda mission and all the work they do with tribes around the world,” explains Janice L. Lopez who partnered with Billy William on their look. “There are tribes in Africa that use bottle caps as wigs so that's where we got the inspiration for the head piece and then we created a faux hawk [with the hair] to get volume.”

And though the event’s primary focus is to raise money for Clean Ocean Action and to bring awareness to the importance of clean water, it’s also about making connections. “This is such an inspiring experience for the students,” shares Suzanne Bettendorf, Aveda Executive Director of Institute Development. “It’s a great visibility for the students to get in front of some of the top salons in the city where salon owners can see their work and they can start the networking process. And from a creative standpoint, they have just blown me away with their designs and concepts!”

The cause takes center stage, but teamwork is also big on the agenda. “I am a huge supporter of the mission of Aveda,” shares Aveda Purefessional and Guest Artist Jon Reyman, who participated as a judge. “I love the idea of [the salons] coming together and doing really inspirational work. I love the collaboration aspect of it. It’s fun, it’s exciting and it’s a great way to get salons and people enrolled in what we’re doing.”

Click through to see more exclusive photos from the event! [pagebreak] 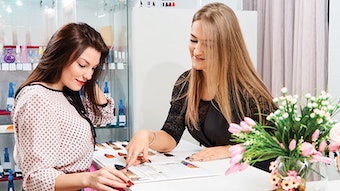 From an emerald wreath to a jolly snowman, these 10 Christmas hairdos are sure to get you in the spirit of the season.
Dec 22nd, 2020

Celebrity hairstylist and entrepreneur Jen Atkin talks about her new book, advice for surviving another COVID-19 lockdown and what makes her proud to be part of the professional hair community.
Dec 18th, 2020

From the most-popular professional beauty products of 2020 to debunked hair color myths to the power of TikTok, we cover all of this and more in the December issue of Beauty Launchpad!
Dec 8th, 2020 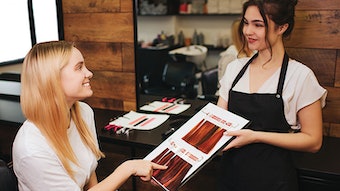