Hair Through History: 14 of the Wildest, Most Groundbreaking Hairstyles

Hairstyles, like fashions, come and go as each new generation tries to break away from what came before. Over the past century, hair has evolved drastically, with certain looks mimicking those of a previous era while others are truly new and innovative. Of these styles, some prominently stand out, both because of their ingenuity as well as their connection to cultural change and revolution. From women's suffrage to the Civil Rights Movement to personal identity, hair has served as a reflection of society and forward progress. Take a look at our list of the 14 wildest, most groundbreaking hairstyles of the past hundred years.

he decade. The cut, extremely controversial in its day, has stood the test of time, remaining fashionable until today.

became a symbol of the empowered working woman.

eration, and soon acted as manifestation of new American ideals and progress.

as born. Stars like Audrey Hepburn in the film Roman Holiday, as well as Mia Farrow in Rosemary's Baby and fashion icon Twiggy helped increase the popularity of the pixie, and the timeless look remains popular today.

o longer fashionable in all its voluminous glory, still plays a role in influencing contemporary styles that focus on ingenuity.

ation and creativity for stylists and for women across the country.

political symbol, intrinsically linked to black pride and a refusal to assimilate into a dominant, intolerant society. The Afro remains popular today as African Americans continually strive to break down outdated beauty standards and embrace a resurgence in natural hairstyles.

een men and women as men wore their hair long and women cut theirs short. Soon, the shag was born, and hair was forever changed. The universally flattering style involved a multitude of layers in varying lengths with feathering typically incorporated at the top and sides. Today, the shag's influence can still be clearly seen in many popular hairstyles.

ecame the style of the day. This new emphasis on chemical alteration led the way for future hair innovations that remain relevant today.

pan>
During the late 1980's and into the 1990's, the punk subculture began to arise as a protest against conformity and complacency in the United States. Categorized by new forms of music, art, dance, fashion and lifestyle, punk was about rebellion and anti-establishment views. The intense rejection of conformity led to a new way of thinking about outward appearance, extending to hairstyles in the form of mohwaks, liberty spikes and brightly colored hair. Hair was seen as a major way to express individuality, the wilder the better, and served as an identifier for the individual.

sides. The exaggerated, geometric look didn't last long, fizzling out almost entirely by 1997, but the style was revolutionary and unlike anything else in its day.

ingle head of hair, becoming acceptable. The look has even trickled down from fashion runways to salons as wild, vibrant hair becomes mainstream. 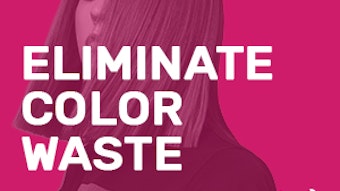 Start your journey to sustainable profitability with a complete Vish system and all required accessories, valued at $2,400. Zero upfront costs, all required equipment, onboarding, and education included.
Jun 9th, 2021

Hairstylists can embrace the renewing energy of spring to revive lockdown locks with these predictions from four of Wella Company’s top artists/ambassadors.
May 10th, 2021

From fellow stylists to mentors to popular Instagram accounts, these are the pros who keep our education team inspired—and that deserves some appreciation.
Apr 22nd, 2021 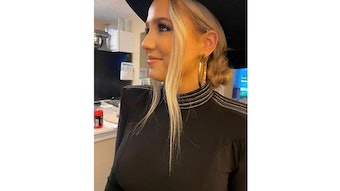 From perfectly imperfect locks to romantic rose gold makeup, these are some of the top beauty looks from the 2021 Academy of Country Music Awards.
Apr 19th, 2021 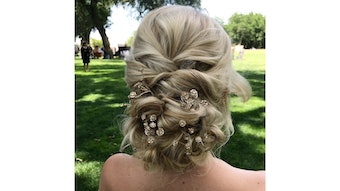 When normalcy resumes, we will have a lot of celebrating to do. What does this mean for stylists? Expect clients to go all out on their hair.
Apr 12th, 2021

From eye-catching manicures to boho braids, the top beauty looks of the evening gave us some major inspiration for springtime events.
Apr 6th, 2021

“While women dominate the professional beauty service industry in sheer numbers, they are still working towards equal pay and securing positions of decision-making."
Mar 25th, 2021

Submit your information to enter our 2021 competition of top hairstylists under the age of 30.
Mar 16th, 2021

From butterfly nails to middle parts to showstopping hair accessories, these are a few of our favorite looks from music’s biggest night.
Mar 15th, 2021

7 Hairstyles That Will Be Everywhere This Spring

Deep side parts, faux bobs and mermaid waves are among the perfect hairstyles for whatever your client's social calendar has in store for spring 2021.
Mar 9th, 2021
Follow Us
Most Recent